The Lawson Trio is passionately committed to engaging new audiences with chamber music. They have devised family and educational concerts for Music in the Round, Wigmore Learning, CAVATINA Chamber Music Trust and the Florestan Festival.

In addition to this, they have been hugely involved with Chamber Music 2000 as Associate Ensemble since 2006, with pianist Annabelle Lawson being Artistic Director since 2011. Over the past twelve years, the Lawson Trio has commissioned fourteen new pieces for the scheme and has directed Chamber Music 2000 workshops and showcase concerts for institutions including:

in venues such as:

The Lawson Trio also has its own interactive show ‘Starlight Squid’, in collaboration with animateur Jessica Maryon-Davies, which is aimed at Keystage 2 children and which the group has performed twice at Wigmore Hall, as well as at Winchester Chamber Music Festival, to great critical acclaim. Download our PDF flyer.

The Lawson Trio has constructed pre-concert talks for Music in the Round and for their own World War One Festival at Kings Place and very much enjoy introducing audiences to their programmes through pre-concert events, post-concert discussions and full-length lecture-recitals. 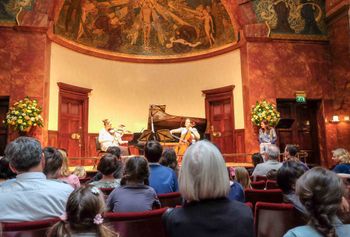 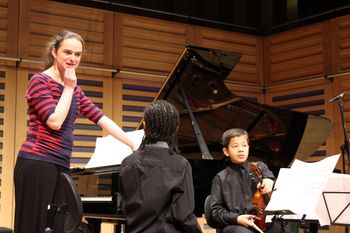 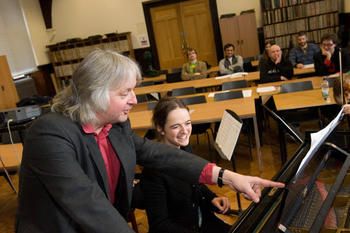 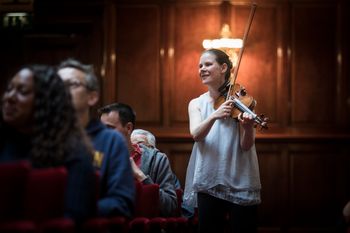 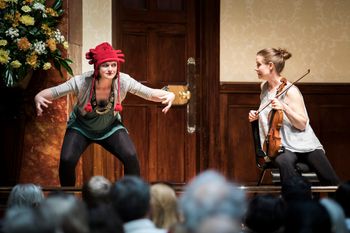 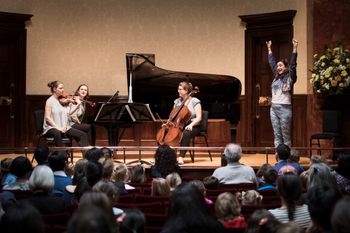 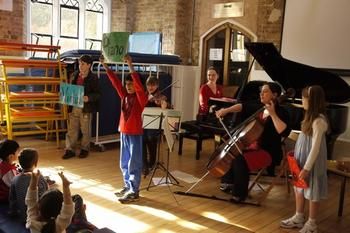 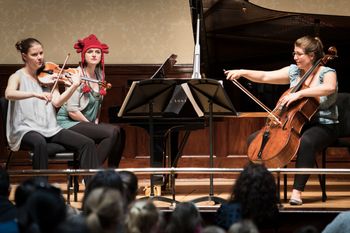